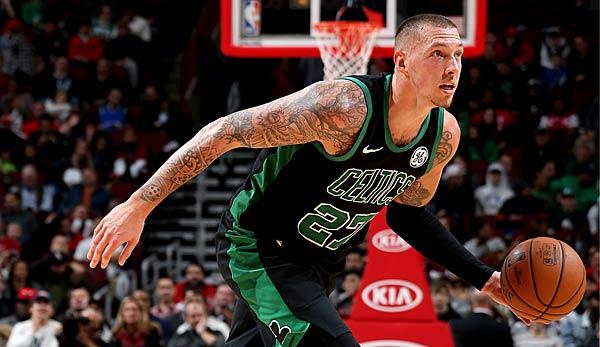 The Boston Celtics celebrate a historic blowout victory over the Chicago Bulls in a foreign hall, with the German Daniel Theis shining in particular. Meanwhile, the Nets win in a contested New York Derby, while D-Wade turns back time against the Clippers. The Pacers, Hawks, Cavs and Blazers are also victories.

The Pacers had to give up their all-star Victor Oladipo for the tenth time in a row. Nevertheless Indiana secures the victory with a promising team performance. A total of seven of their players scored double-digit in the match. For the Kings their series of three games in a row ends.

In contrast to the meeting of these two teams last week (111:110 for Sacramento) there was a lack of speed in the offensive game this time. Nevertheless, the match remained balanced over long distances and no one was able to take the lead significantly, at least not until the beginning of the last quarter.

There the Pacers had a dominant 16:2 run and extended their lead to 17 points, which they could not catch up with. During this time the Kings missed many chances and missed seven of their eight throwing attempts. In the meantime Sacramento was in front with 12 points, but they lacked depth.

De’Aaron Fox scored 18 points (7/14 FG) and distributed 6 assists. Backcourt colleague Buddy Hield scored 20 points (8/20 FG), but scored only 5 points after the half-time break. On the other hand Thaddeus Young was the best thrower and finished the duel with 20 points (7/13 FG) and 9 rebounds. Myles Turner scored with 9 points (4/11 FG) and 13 boards just past the double-double, but he also played 4 blocks.

The Hawks got their revenge. After losing 93:138 against the Nuggets last month, they now secured victory in the second half. Atlanta finished a negative series of six matches, while Denver took the lead for the second time in a row.

In the first half everything seemed to go according to plan and the nuggets won the first quarter with 10 points. Nikola Jokic already scored 15 points. Only some time later, in the third section of the game, it was time for a layup by Rookie Trae Young (9 points, 3/12 FG) to put the Hawks in front.

Veteran Vince Carter then ran really hot and scored 11 of his 13 points in the following minutes. DeAndre’ Bembry (18 points) also followed with 8 points and Atlanta finally went away. The 8/12 hits of Downtown in this quarter played a particularly decisive role.

Rookie Collin Sexton and Big Man Tristan Thompson led the Cavs to victory over the Wizards. Already at the end of the first quarter the roles seemed clearly distributed, Cleveland scored 38 points in this part of the game and never let Washington back into the match. After seven changes in the lead at the beginning, the Cavs finally took the lead with an 18-3 run.

At halftime, Sexton already had 17 points and 5 assists and received impressive support from Thompson under the basket. The Big had his double-double for the break and also proved defensive qualities. During the second half, the Cavs extended their lead to 29 points.

John Wall (0/5 FG) was back on the pitch, but had a pitch black night and could only turn a free-throw. Never before in his entire career has he delivered such a weak performance. On the other hand, Cleveland had only ten players available due to injury bad luck and still dominated.

Page 3: Timberwolves give up leadership late