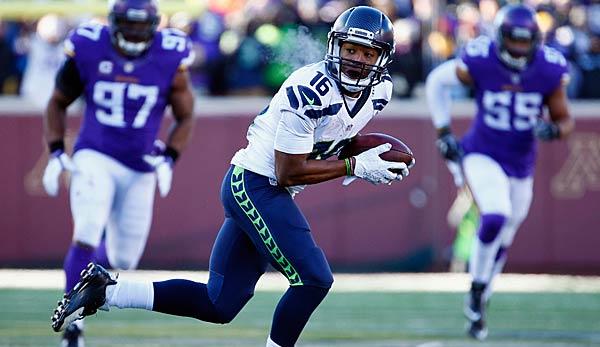 Week 14 ends with a near-playoff game: The Seattle Seahawks receive the Minnesota Vikings, both teams should not allow themselves a defeat in the wildcard race. Can seattle take a big step toward the postseason? Or are the Vikes passing by for the time being? The SPOX Coin Toss discusses who has the upper hand. The game can be seen live on DAZN in the night from 2.15 a.m. on Tuesday to Tuesday!

mySPOX user butfumlbe93: The showdown on Monday promises a lot: primetime, effects on the playoffs, a duel that has repeatedly delivered decisive results for the NFC season in recent years and, incidentally, the most varied offensives of the league.

The Vikings attack is in crisis, which is primarily due to the desolate line (who would have thought it possible before the season?) and the inconstant quarterback game of Kirk Cousins. Nevertheless, I’m surprisingly confident as I think that the current Seahawks team Minnesota should be well placed in important matchups.

Defensively the opponent is far away from his heyday and especially susceptible against Outside Wide Receivers: According to Football Outsiders’ DVOA only six teams defend the opponent’s number 1 receiver weaker and also against the second Wide Receiver you make a below average figure. Now Adam Thielen and Stefon Diggs, perhaps the most dangerous WR tandem of the league, are coming to the Pacific Northwest.

The Seahawks-Pass-Rush is certainly capable of doing damage to our protection. But I don’t think he’s capable of dominating the game. With the exception of Jarran Reed, Inside lacks passport rushers who can exploit the absolute Achilles heel of the Vikings. Frank Clark is a problem, but unlike the interior staff, our tackles in the Pass Blocking are solid.

Bobby Wagner is the best off-ball linebacker of the league and when cousins will play as anxiously as against the Patriots, the 28-year-old with his outstanding coverage and tackling qualities can cost us the game. A more aggressive game is therefore required.

On the other side of the ball waits the most run-heavy offense of the league. At the same time, only two quarterbacks throw deeper completions than Russell Wilson (7.5 Completed Air Yards per attempt). This combination presents the Vikings with the problem of how Harrison Smith general-purpose weapon will be used most effectively.

Do you trust your battered Cornerback Corps enough to provide the lightning-fast Lockett and Baldwin Man-to-Man with just one safety as protection? Then Smith can move into the box and work primarily against the run. Or you choose a conservative approach, play more cover-2 and cover-4 models as you saw it recently against Green Bay and New England, thus reducing the risk of Big Plays, but standing there with a light box. A balancing act that Room must solve.

Seattle largely dispenses with the use of running backs in passing games. Here Minnesota has already had massive problems all year round and thus another matchup advantage. And then there’s the duel on the line of scrimmage. Even if this year the offensive line of the Seahawks plays really clearly improved: the duel Danielle Hunter against Germain Ifedi can’t please a 12th Man.

Under pressure, Wilson will be unusually imprecise this year, if you want to win the game and maintain the independent playoff chances, Wilson is not allowed to play regularly from clean pocket tonight. I expected a defensive game in which both teams would have problems moving the ball. And in the end, a close away win.

Adrian Franke (SPOX): If there’s one aspect you can answer quickly in this matchup, it’s probably that the Vikings will once again have trouble running the ball. Minnesota has been experiencing enormous difficulties here all year, making it one of the more predictable teams that is trying to replace or at least equalize its run game with screens and a pronounced short pass game.

Seattle is explosive at the linebacker level – possibly back with K.J. Wright – and in the slot with Justin Coleman well occupied with how efficiently Minnesota’s short pass game occurs, so it could play a central role. Because, to go on thinking about the Vikings’ run game, the fact that Minnesota’s Pass Protection has been a huge problem all season is anything but a secret.

The Seahawks’ pass rush is by far not at the level of the past years, but it’s somewhere in midfield; and against the shaky Vikings line, that might be enough to put enough pressure on cousins even without Blitzing. And that’s generally been a formula for success for opposing defenses for weeks, because cousins against pressure looks more and more like cousins in Washington against pressure – not good.

So it’s no coincidence that Cousins and thus Minnesota’s Passing Game as a whole has been very inconstant and fragile for quite some time now. Cousins throws the ball on average only 7.1 Air Yards – of all quarterbacks with at least 350 pass attempts only Stafford, Bortles and Carr are behind him; if you take Minnesota this dimension, the short pass game, then the offense faces a bigger problem.

Conversely, I find the question much more exciting: yes, the Vikings have one of the top-run defenses in the league – but Seattle also has one of the most explosive run games, which is stubbornly implemented, very good contact runners and in Russell Wilson has a permanent additional dimension for which the defense must prepare and at least read in the game.

And the Outside Receiver on this side of the ball you have already addressed. In terms of coverage, the Vikings are not a disguise team, i.e. not a team that scores with complexity and many “hidden” coverages. So Seattle will be able to get his deep shots right here and there – and currently the Seahawks are one of the most efficient teams in the league when it comes to vertical passing.

Even if Lockett or Baldwin can be occasionally neutralized: Seattle has repeatedly shown over the past weeks that they are willing to pay this price and instead give isolated one-on-one matchups to the other outside receivers. So this game could be decided at the end.

NBA: The Timberwolves with Robert Covington: The lid on the pot
Shitstorm for German MLB star