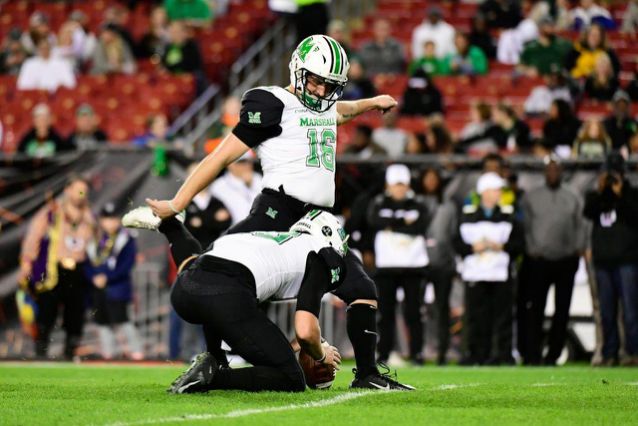 There is hardly any doubt about Justin Rohrwasser’s athleticism. But the new kicker of the New England Patriots gets into the twilight because of some tattoos.

Justin Rohrwasser – with this sonorous reinforcement the New England Patriots caused a sensation on the third day of the NFL draft.

The young man from Marshall College is to replace Stephen Gostkowski, 36 years old and released after several injuries, on the kicker position.

The Patriots pecked pipe water on the third day of the talent draft in the fifth round.

That the NFL rookie has mastered his craft has been proven in the recent past. After two years at the University of Rhode Island, he transferred to Marshall College. There, wearing the Thundering Herd jersey, he sank 18 of 21 field goals in the past season. During his college years, he earned several sporting awards.

Rohrwasser gives himself self-confidence
“I’m very talented,” Rohrwasser was bursting with self-confidence during his first interview as a Patriots kicker after the draft with several journalists. “I am confident that I will perform well in everything the coaches will ask me to do,” he added.

However, when the media representatives addressed the 104-kilo colossus on a different subject, he became a little subdued.