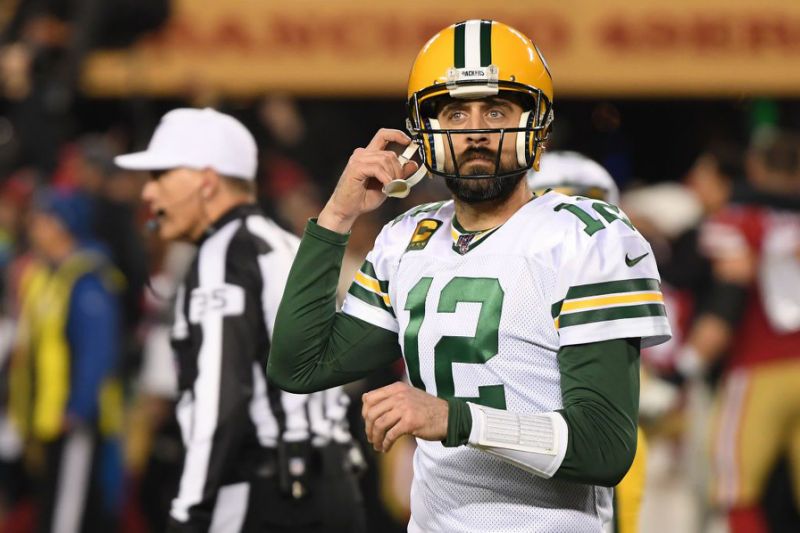 In the NFL draft, the Green Bay Packers draw attention with questionable picks. Quarterback Aaron Rodgers doesn’t get the attention he deserves.

Exactly 15 years ago, a staff member caused a stir at the NFL Draft 2005: Aaron Rodgers.

The quarterback of the University of California was considered the number 1 pick at that time. But the San Francisco 49ers, who were the first pick at the time, left Rodgers behind and chose Alex Smith instead.

And the decline was far from over. A further 22 teams did not take up the challenge before the Green Bay Packers secured their upcoming franchise quarterback in 24th position.

Rodgers had to wait behind Favre
However, the playmaker did not come into action immediately. With the “cheese heads”, as the fans call them, legend Brett Favre was the undisputed boss on the pitch, Rodgers had to line up at the back. For three years he sat on the sidelines, trying to learn from mentor Favre before he was assigned the role of starting quarterback.

Now, things could repeat themselves in Wisconsin.

Surprisingly, the Packers picked a playmaker in the first round of the 2020 NFL draft. In 26th position the team of head coach Matt LaFleur secured the services of Jordan Love.

Rodgers wanted Wide Receiver
But that’s not all. To get the Utah State QB, General Manager Brian Gutekunst even traded up four positions.

Superstar Aaron Rodgers probably didn’t like his boss’s pick as he had recently expressed quite different wishes.