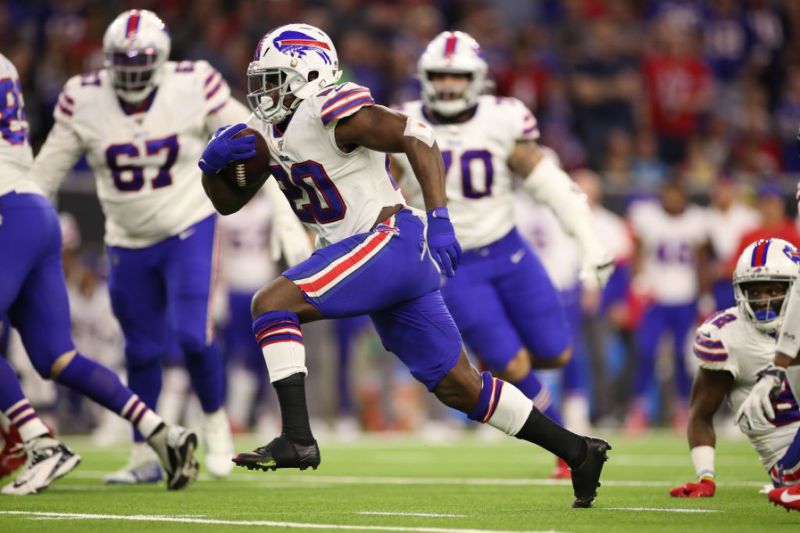 The most exciting question of the NFL spring has been answered: Tom Brady has a new team. But other teams are also going strong now. The SPORT1 transfer ticker.

The NFL draft is over and Tom Brady has also found a new team with the Tampa Bay Buccaneers.

Nevertheless, big names are still vying for a new contract. Who’s moving to where?

Running back Frank Gore still hasn’t had enough. At 36, the NFL veteran of the New York Jets signs a new one-year contract His agent confirmed this to the NFL network.

In the Jets, Gore’s primary role is to relieve the highly-paid Le’Veon Bell. He is considered one of the most reliable running backs in NFL history. With a total of 15,347 rushing yards, he ranks third in the eternal leaderboard behind Walter Payton (16,726) and Emmeth Smith (18,355).

Gore could grab a record as early as next season: He and Smith have 226 NFL appearances. This means that he will be at the top of the All Time NFL rankings. Should the long-time San Francisco 49er be used by the Jets in the coming season, this record will be his alone.

The ball carrier has played for the Buffalo Bills in recent seasons, having previously played for the Miami Dolphins for a year. This is the third year in a row that he has played for another NFC East team. On 14 May Gore turns 37 – a biblical age for a running back.

+++ Lynch thinks about Seahawks return.
Marshawn Lynch could also be in the coming NFL season for the Seattle Seahawks.

The Free Agent confirmed that his consultant is in talks with the Seahawks “It’s always ‘Expect the unexpected. But all I know so far is not to give it away. My advisor’s been talking to the Seahawks, so we’ll see what happens. If it works and I go back there, that is. And if not… I’m in good shape. So I don’t have a lot to worry about,” Lynch said at Sportscenter.

The 34-year-old had returned from retirement for the second time at the end of last season and had scored 67 yards on 30 runs in three games for Seattle, scoring four touchdowns. Before that he had been out of action for 14 months.

According to ESPN, the Seahawks are thinking about signing an experienced running back alongside starters Chris Carson and Rashaad Penny. The duo suffered injuries last season and Penny could even miss the start of the season after a knee operation.

“Beastmode” Lynch, 2013 Super Bowl champion, would receive at least the base salary of $1.05 million for signing.

The superstar had recently distributed masks with the “Beastmode” design in his hometown of Oakland in order to stem the spread of the corona virus.

+++ Last packers year for Rodgers? +++
Aaron Rodgers may leave the Green Bay Packers sooner than expected. The quarterback did indeed close a four-year deal with the franchise in 2018. However, NBC Sports is now speculating about an early departure after the coming season.

Background: In 2020, Rodgers’ salary will rise to around 31.5 million US dollars, which will be charged to the Packers’ cap hit, consisting of the signature bonus and another bonus. A year later, it rises to 36.3 million. In other words, if the quarterback traded, the Packers would save four million dollars in rosters. In total they would then have 22 million dollars available for further upheaval.

However, the franchise could afford this generous sum, even though they drew the Rodgers successor in the NFL draft in April with Jordan Love – to the displeasure of the superstars, who had wanted a receiver.

The league agreement with the players’ union gives Love, the 27th drafted professional, a relatively low salary. Money that would be blocked for Rodgers. By 2022 at the latest, the 36-year-old Rodgers, with whom the Packers won the Super Bowl in 2011, would be finished. However, there was no more than the divisional victory.