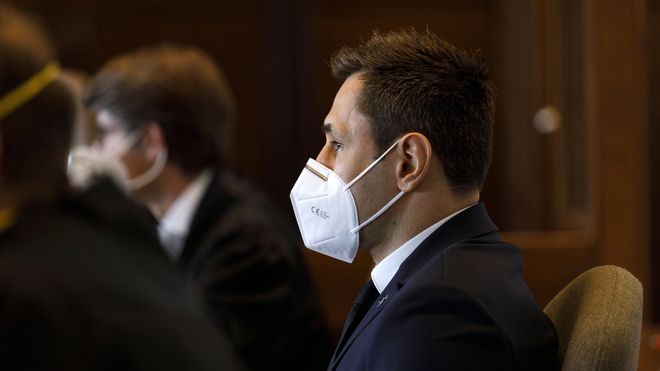 Felix Sturm does not want to accept the verdict in the doping trial against him and appeals. He accepts the verdict on tax evasion after all.

“Having had time since Thursday to evaluate the verdict and its justification, I have decided – also after consultation with my advisors – to appeal against the decision of the Cologne Regional Court and thus to have the decision, which in my view is not only surprising but also incomprehensible to me, reviewed,” explained Sturm in a statement published on Instagram.

During the course of the proceedings, he repeatedly declared that he had not been doped in the rematch against his Russian opponent, Fyodor Chudinov. How the small amount found could have entered his body remains unexplained to him.

Any ambiguity on doping offences?
“At the same time, the court’s reasoning, which has so far only been verbal, was not convincing to Felix Sturm, especially with regard to the statements on the alleged timing, duration and intensity of the use of the prohibited substance stanozolol,” the statement goes on to say: “In his opinion, these are not supported by the results of the hearing of evidence. The same applies to the statements on the alleged choice of the location for a preparatory training camp in Kitzbühel and the possible economic consequences of winning the world championship fight, which the court had used to justify its decision”.

The 41-year-old was sentenced to three years in prison last Thursday. In addition to tax offences and doping, he was also punished for assault and battery.

Sturm does not take action against tax judgement
According to the ruling, Sturm had withheld a total of around one million euros from the tax authorities in the years 2008 to 2010 and 2013. According to the court’s conviction, Sturm had paid 50 per cent of his fight stock exchange to a Swiss sports marketer without receiving any consideration.

Sturm does not intend to contest this decision any further, despite reports to the contrary from the previous day. “I had already conceded during the trial that the tax returns for 2008 and 2009 should have presented the events surrounding my Swiss consulting firm more transparently. So far I cannot conclusively comprehend the court’s assumptions for 2010,” Sturm explained in a second post.