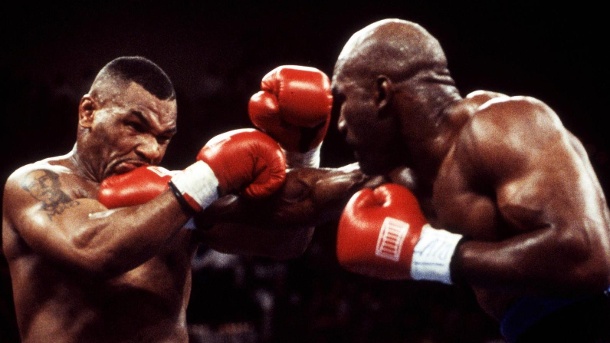 Evander Holyfield is ready for a third duel with Mike Tyson. The ex-champion is in great form – and his potential rival is already ringing out.

More than two decades after their last encounter, the two boxing legends could thus be back in the ring.

“57-year-old Holyfield told the Sun that he would do it, yes, I would do it, yes I would fight Mike Tyson. Both Tyson, only four years younger, and Holyfield had recently caused a stir with videos in social media. The two ex-champions have both shown great form in their training sessions.

Holyfield explained that he was not interested in a “knockout-off match”, but rather wanted to stage a show fight. “We were two of the greatest fighters of our era.”

Gods of war resurrect Tyson
Twice “The Real Deal” and “Iron” have already faced each other. Holyfield prevailed in the fight for the WBA heavyweight belt in November 1996. A year later he defended the title because Tyson was disqualified after his infamous bite in Holyfield’s ear.

For a third duel, Holyfield says, “I can handle him.” He can still jab and jab and jab. If the money’s right, he’ll be ready.

Tyson’s last words were, “Anything is possible. I feel unstoppable. The gods of war have resurrected me, inflamed my ego and want me to go back to war. I feel young again.”