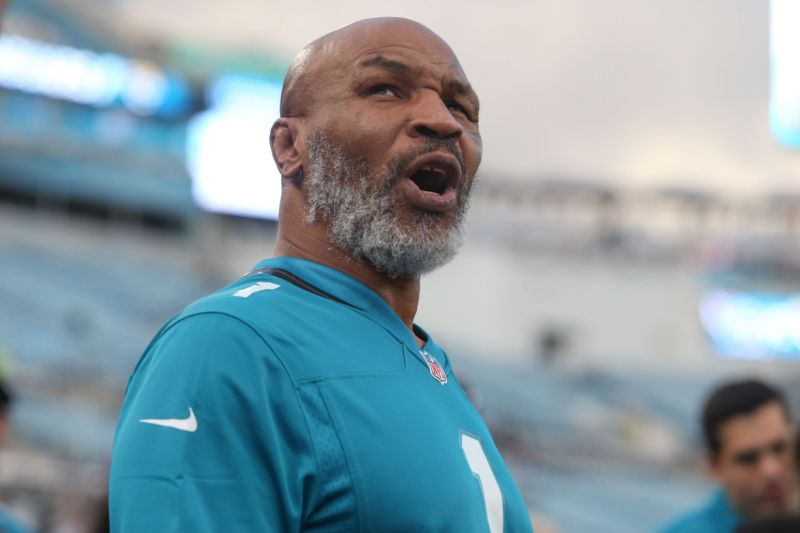 Mike Tyson announces in a video to return to the boxing ring. After an offer from Evander Holyfield, Shannon Briggs now announces to fight Tyson.

In a live video on Instagram, the 48-year-old has announced that he will fight Mike Tyson in the near future. According to the announcement, this is already official. “I’ve just spoken to Mike Tyson, it’s starting, Mike and I will make it happen and you’ll see it happen,” said the former heavyweight boxer.

“Tyson and I will put on the gloves and let our fists do the talking.”

Tyson in captivating form
According to Briggs, the meeting of both boxers is a show fight. “It’s for charity and it’ll be fun, but this is Mike Tyson we’re talking about. Of course, he hits hard, like he could hit me and break a rib. We have to be fully prepared,” Briggs continued.

Mike Tyson had recently caused a stir with several videos in the social media and presented himself in excellent form. “Anything is possible. I feel unstoppable. The gods of war have reawakened me, inflamed my ego and want me to go back to war. I feel young again,” the boxing legend sounded.

On Saturday, former world champion Evander Holyfield had already agreed to a fight against Tyson – more than two decades after their last fight. “I would do that, yes”, the 57 year old Holyfield confirmed in an interview with the Sun. “Yes, I want to fight Mike Tyson”

Holyfield wants show fight
Holyfield explained that he was not interested in a “knockout-off match”, but rather wanted to stage a show fight. “We were two of the greatest fighters of our era.”