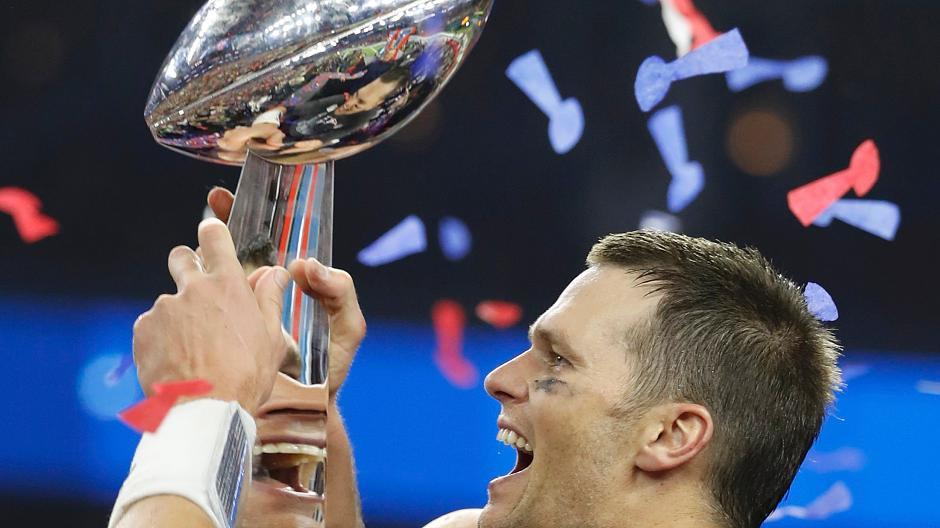 Tom Brady ignores recommendations of the players’ union and causes incomprehension not only among his fans. The behaviour of the superstar is a mystery.

What can happen if a superstar of the sport deals too casually with the dangers of the corona virus was recently made clear by the example of Novak Djokovic.

The Serbian tennis player has suffered a severe loss of image due to his behaviour and the associated illness with COVID-19.

A mega-star of another sport is also currently playing with fire. Tom Brady is currently causing a stir with group training sessions.

NFLPA advises against training – Brady ignores it
Although the quarterback legend does nothing illegal, Brady’s behaviour is by no means exemplary, as he and his team-mates are opposed to the recommendations of the NFLPA.

For some time now, Brady, Rob Gronkowski and other Tampy Bay Buccaneers at Berkeley Preparatory School in Florida – a hotspot for new infections – have been organising joint training sessions to prepare for the new NFL season, which is due to start in mid-September. At least a dozen players were mentioned.

The NFLPA had strongly discouraged group training. Training organised by the franchises is not yet permitted, which is why players keep themselves fit privately.

Brady posted pictures of the units several times and defended them – there were “no excuses”, he wrote for example.

Disregarding the Corona rules has no consequences for Brady
Since the outbreak of the Corona pandemic, the 42-year-old had already moved several times to the limit of legality or beyond. Although the curious visit to coach Bruce Arians and the ejection from a park in April were trivialities, the actions did not have a positive effect on Brady’s reputation.

The same impression is shared by a former team-mate of the playmaker, who won the Super Bowl six times with the New England Patriots. “It’s so uncharacteristic,” Christian Fauria of WEEI Radio Network said, adding: “The guy we’ve seen in the last 20 years? That wasn’t Tom Brady, that was Clark Kent (Superman actor, editor’s note). What we are seeing now is the real Tom Brady.