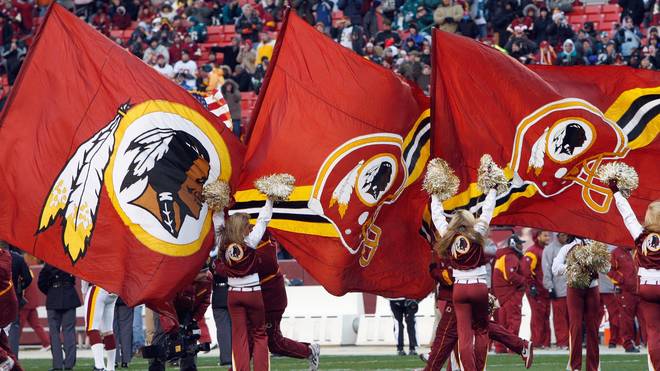 The Washington Redskins could soon change their name in view of the protests against racism in the USA. But apparently not everybody likes that.

In the course of the protests against racism and police violence in the USA, demands for a renaming of the Washington Redskins’ NFL team are becoming increasingly loud.

Not least due to pressure from sponsors, there is now also discussion within the franchise about replacing the name “Redskins” with another one.

More and more critics see the team name as a racist insult to the Native Americans.

Trio probably wants to sell Redskins shares
But there are obviously other voices. As the Washington Post reports, three co-owners of the football team want to sell their shares,

Businessmen Robert Rothman, Dwight Schar and Frederick W. Smith, who together hold 40 percent of the Redskins, no longer agree with the policy of major shareholder Daniel Snyder, it is said.

They are now looking for potential buyers.

Redskins-Coach wants a speedy name change
Over the weekend, there were growing signs that the Washington club could change its name very soon.

“If we make it to the season, that would be excellent,” said Don Rivera, the NFL team’s new coach to the Washington Post. He and owner Snyder had already been working on alternatives in recent weeks.

As a Mexican with Puerto Rican roots, Rivera is currently the only Hispanic coach in the NFL.

Nike removes Redskins article
What Kaepernick and Disney are planning