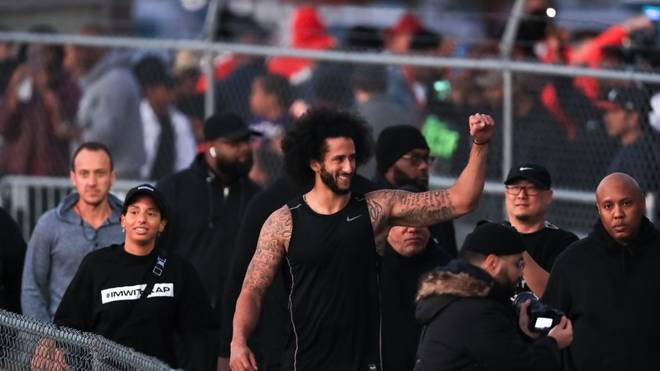 NFL icon Colin Kaepernick is partnering with Disney in his fight against racism. A documentary series is also planned.

The football star Colin Kaepernick, who has risen to become a symbolic figure, is entering into a partnership with the Disney company in his fight against racism.

As Disney announced on Monday, a series of programs “from the perspective of the black and brown communities” is planned, including a documentary series about Kaepernick’s life.

The collaboration with the quarterback, who has been without a contract in the NFL since 2016 and who caused a stir with his “kneeling protest” against police violence and racist injustice, is to extend across various Disney platforms such as ESPN, Hulu and Pixar.

Recently, streaming provider Netflix had also announced to dedicate an own series to Kaepernick.

In six episodes, especially his high school years, which had a strong influence on the 32-year-old, will be highlighted.

Netflix has not yet announced the start date for “Colin in Black & White”.

New fuss about the Redskins
Eagles star with anti-Semitism scandal