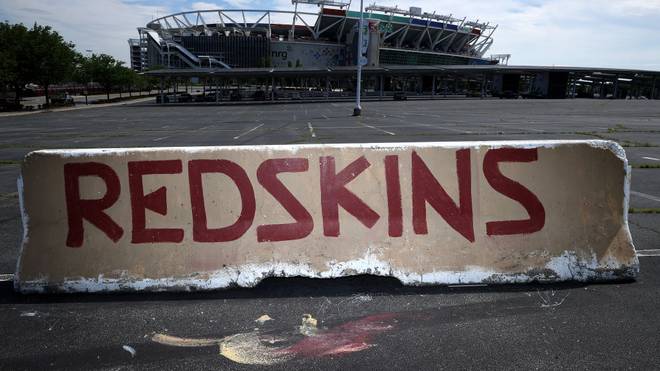 Various accusations of sexual harassment and verbal humiliation are made against the Washington Redskins. Fifteen women expose scandalous behavior.

Only a few days after the change of name was announced, there is renewed fuss about the Washington Redskins.

The Washington Post newspaper reports years of sexual abuse within the NFL franchise. 15 women formerly employed by the Redskins explain years of sexual harassment and verbal humiliation within the team’s executive and scouting departments.

Greene in the crossfire of criticism
Owner Dan Snyder has not yet commented on the allegations. Dennis Greene (former President Business Operations) and Mitch Gershman (former Chief Operating Officer), who were part of Snyder’s “Inner Circle”, are also named in the report. There are no accusations against Snyder and long-time General Manager Bruce Allen, who was fired at the end of 2019 after ten years.

“The Washington Redskins football team takes questions of employee behavior seriously. While we do not speak publicly about specific employee situations, if new behavioral allegations are made that contradict these guidelines, we will respond immediately,” the team stated in a statement in the Washington Post.

The report explains, among other things, that the women received inappropriate text messages and received comments about their appearance and unwanted relationships. The women remained anonymous, only the ex-employee Emily Applegate had her name printed.

Greene, in particular, is in the crossfire of criticism: the ex-managing director is said to have harassed female staff several times before his resignation in 2018 and allegedly encouraged them to wear short skirts and low-cut blouses. In addition, some women have allegedly been asked to flirt with owners of VIP boxes at Redskins’ FedEx Field stadium.

Rivera announces changes
Shortly after Green’s departure, the New York Times reported on his cheerleading program: In 2013, employees of the franchise in Costa Rica are said to have been robbed of their passports and forced to accompany major sponsors and luxury box owners.

Head coach Ron Rivera explained on ESPN that the culture within the organization will change. “The most important thing is that we have to look ahead and make sure that everyone understands that we have guidelines that we follow and that we have an open door policy with no exceptions,” Rivera said. “Also, my daughter works for the team and I certainly won’t allow any of this to happen.”

NFL reports “disturbing”
“The contents of the reports are serious, disturbing and contradict the values of the NFL,” the league announced in a statement on Friday. “Everyone in the NFL has the right to work in an environment that is free from all forms of harassment,” it continued.

An external lawyer had been hired by the club and was to carry out a “thorough investigation of the allegations”. The Redskins had promised their full cooperation. After the investigation, the NFL wants to “take action based on the results”.

Only on Monday the team had declared that their name and logo would be changed after almost 90 years. Critics see the team name Redskins as racist and as a denigration of the Native Americans.