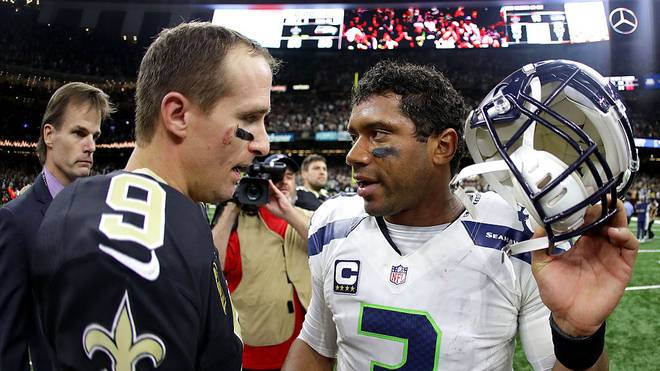 European football leagues have successfully completed the Corona restart. The NFL still has the season to start – but there is discontent among the players.

The NFL stars are rebelling against the league bosses. The disagreement between the NFLPA players’ union and the US football league is growing. The reason is the NFL’s inadequate handling of the Corona pandemic from the players’ point of view.

Now some of the top players are going to the barricades – and even threatening to strike.

Quarterback Drew Brees of the New Orleans Saints made an urgent appeal to the league via Twitter to take appropriate measures to ensure the safety of the players.

“We need football! We need sports! We need hope! The NFL’s reluctance to follow the recommendations of its own medical experts will prevent that. If the NFL doesn’t do its part to ensure the health of the players, there will be no football in 2020. It’s that simple. Do your job NFL.”

Seahawks star Wilson supports Brees’ call
His quarterback colleague from the Seattle Seahawks is also skeptical that the NFL is implementing the necessary hygiene measures in the fight against the corona virus. Russell Wilson also posted on Twitter. “I am concerned. My wife is pregnant. Training camp is about to begin. And there is still no clear plan for the safety of the players and families,” wrote the superstar of the Seahawks.

“We want to play football,” continued Wilson (31), “but we also want protection for our loved ones.” Wilson, like other NFL pros, used the hashtag #WeWantToPlay