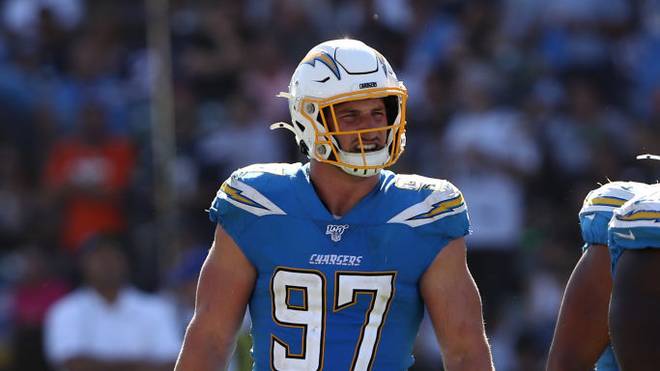 Despite the corona crisis, the NFL has its next record contract. Joey Bosa breaks a record that lasts just two weeks.

Despite the corona crisis and its impact on the league, the NFL has its next record contract.

As the Los Angeles Chargers announced, Defensive End Joey Bosa, whose brother Nick plays for the San Francisco 49ers, signed a new five-year contract. The 25-year-old was selected third by the Chargers in the 2016 Draft and took the trophy for best defensive rookie in year one.

According to ESPN expert Adam Schefter, Bosa will receive 135 million dollars during this period, 102 million of which is guaranteed.

Bosa trumps Garrett
This gives him a higher guaranteed amount than Myles Garrett of the Cleveland Browns, who set the record for the top earner among defensive players with a guaranteed $100 million just two weeks ago.