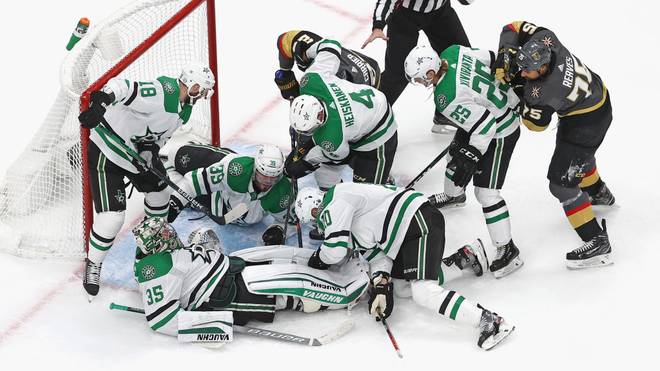 After a win over the Vegas Golden Knights, the Dallas Stars are in the Stanley Cup final for the first time in 20 years. Ex-NBA star Dirk Nowitzki is also celebrating.

The Dallas Stars have reached the Stanley Cup final in the North American professional ice hockey league NHL for the first time in 20 years.

In the fifth game of the best-of-seven series, the Texans won 3-2 after extra time after a 2-0 deficit against the Vegas Golden Knights and won the series 4-1. The last time the stars reached the final series was in 2000.

Edelfan Dirk Nowitzki, who played for the Dallas Mavericks in the NBA for 21 years, is already hot for the series: “Let’s gooooo!”, wrote the German basketball idol after the decisive fourth victory on Twitter.

Chandler Stephenson (9th) and Reilly Smith (41st) put the team from the players’ metropolis in Nevada in the lead at Rogers Place in Edmonton. After Jamie Benn (50th) scored the next goal, Joel Kiviranta (57th) made it possible for the stars to score a late overtime goal with his power play.

Denis Gurjanow (64.) then brought the decision for Dallas in the extra time with an ice-cold sunk impact shot – also outnumbered.

Dallas stars in final against Islanders or Lightning
“We have found our game. We scored a goal and that gave us momentum. Then the powerplay took over for us,” said star striker Joe Pavelski after his eighth win after falling behind in this year’s play-offs for Dallas.

Including the Stanley Cup final, only the Pittsburgh Penguins (11) have made more “comeback wins” in the play-offs.

In the final series the stars will meet the New York Islanders with the German national goalkeeper Thomas Greiss or Tampa Bay Lightning. In the second semi-final series, the Lightning lead 3:1 after four games, with game five taking place on Wednesday night (02:00 CEST).

NHL: Dallas stars back in the lead
Islanders turn away semi-final exit