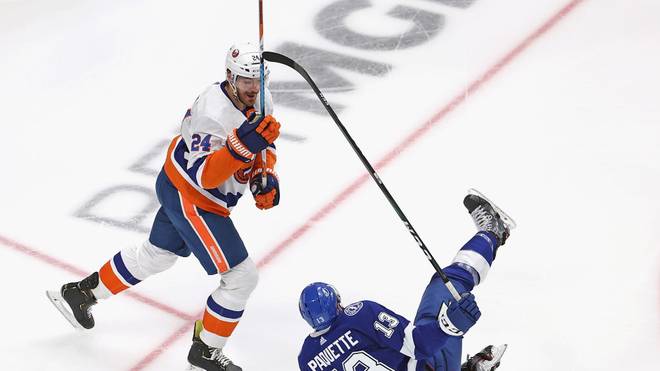 Tampa Bay Lightning awards the first match point for entry into the Stanley Cup final. The Islanders win in overtime and save themselves in game 6.

The New York Islanders have prevented an early semi-final exit in the North American professional ice hockey league NHL for the time being.

Without the German national players Thomas Greiss and Tom Kühnhackl, the Islanders won game five of the best-of-seven series against Tampa Bay Lightning with 2:1 in the second overtime.

Jordan Eberle (93.) shot New York to victory in the second overtime. Before that, Ryan Pulock (16th) had put the Islanders in the lead, before Victor Hedman (25th) equalized.

The sixth game will take place in the night of Friday (2.00 am).

In the final for the Stanley Cup, the Dallas Stars, who beat the Vegas Golden Knights in the preliminary round, await the winner of the series.