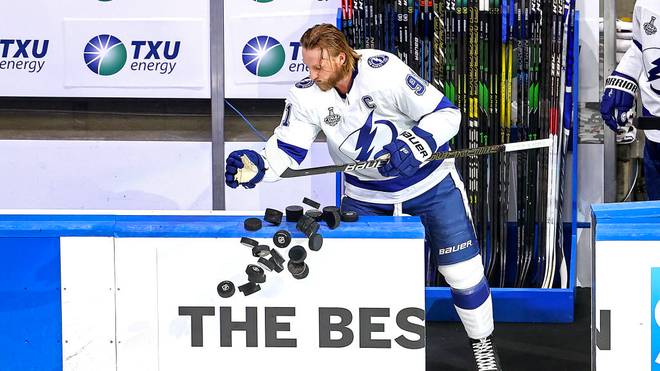 What a comeback after a six month break! Steven Stamkos leads the Lightning to victory against the Dallas Stars. This puts Tampa Bay ahead in the NHL final series.

In the fight for the Stanley Cup, the Florida team won the third game against outsiders Dallas Stars 5-2, only the first match was surprisingly won by the Texans (4-1).

On Wednesday, Tampa captain Steven Stamkos also entered the scoring list. The Canadian made his comeback after a break of more than six months.

Stamkos celebrates successful comeback
At the beginning of March, he had to undergo surgery due to an injury to his trunk muscles, the rehab was problematic, Stamkos was out of action for much longer than expected.

During this phase he watched his team colleagues “and saw how determined they were working towards our goal. To be part of it again now is a dream come true,” said Stamkos. On Wednesday, the 30-year-old initially got little playing time.

For both teams, the Corona bubble in Edmonton is about the second title in the NHL. Tampa had only triumphed in 2004, Dallas in 1999. Lightning now leads 2-1 in the best-of-seven series and is still two wins away from victory. Game four will be played in the night to Saturday (2.00 CEST).