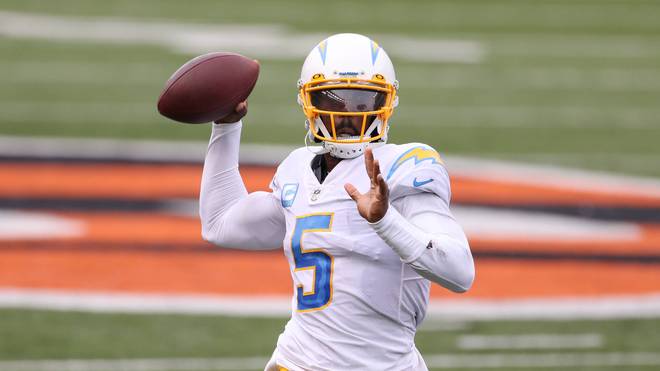 Tyrod Taylor misses the game against the Kansas City Chiefs due to a doctor’s error. During treatment, the Chargers’ quarterback suffers a lung injury.

The mysterious loss of Tyrod Taylor is solved!

In the game against the Kansas City Chiefs last Sunday, the Los Angeles Chargers had to give up their regular quarterback unexpectedly and at short notice. According to head coach Anthony Lynn, the 31-year-old was hospitalized with chest pain shortly before the start of the game.

As Lynn now announced, a medical error was the reason for the loss. Taylor had broken several ribs in his first game against the Cinncinati Bengals. Before the match against the champion from Kansas City, he should now receive an injection against the pain. During the injection, the doctor had accidentally punctured the lung.

“It happened,” Lynn now confirmed the incident to Shelley Smith of ESPN, adding, “But Tyrod is not angry or upset about it. Fortunately, the injury is not life-threatening and has not affected his career. “The doctor simply made a mistake,” Lynn said.

The NFL Player Association, on the other hand, wants to investigate the incident, as NFLPA Executive Director George Atallah confirmed. “Our medical and legal team has been in contact with Tyrod and his agent since Sunday to gather the facts. An investigation has been initiated.”