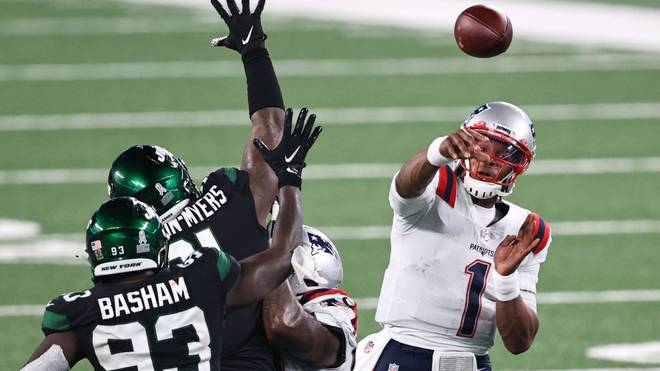 The New England Patriots finish their negative series. In the New York Jets, Cam Newton’s team wins at the last second with a field goal.

The New England Patriots have finished their negative series.

After four defeats in a row, the six-time Super Bowl winner won 30:27 in the New York Jets. But the Pats had to tremble until the last second: Only 1:57 minutes before the end New England managed to equalize after a ten-point gap.

Then the defense woke up and with 47 seconds on the clock, the Patriots fought their way back. Enough time to finally decide the game with a field goal from 51 yards away in the person of Nick Folk.

After recently weak performances, Pats-Quarterback Cam Newton presented himself strongly improved. The 31-year-old delivered 27 of 35 passes for 274 yards and scored two of his team’s three touchdowns.

“That was the starting shot to get where we wanted to go,” Newton said after the game, adding, “It wasn’t pretty, but it was a victory. The hard work over the last few weeks has paid off. It’s a good feeling, something we haven’t had for a long time. It’s just good.”

In Joe Flacco’s case, 18 of 25 passes for 262 yards were successful. The Jets’ quarterback scored three touchdowns, but also afforded himself an interception.

The Jets remain without a win and remain in last place in the AFC East. For the first time in the history of the franchise, the score is 0-9. New England are one place above them in third place and can continue to dream of the playoffs.