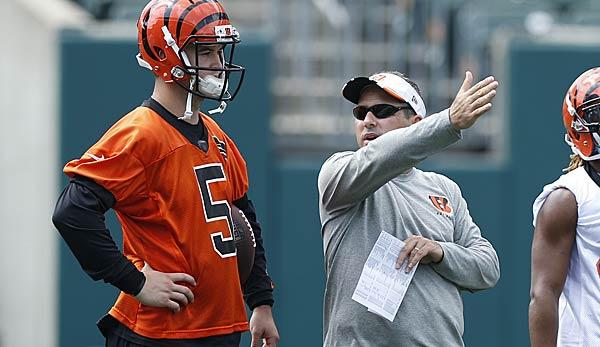 The Cincinnati Bengals pulled a rip cord after a particularly offensive start to the season: The Bengals broke away from offensive coordinator Ken Zampese on Friday.

Zampese has been in Cincinnati since 2003, where he has worked as a quarterback coach and then as an offensive coordinator since 2015,”Ken Zampese has done a great job for us in my 15 years here and I have the greatest respect for him as a human being and coach,”said Head Coach Marvin Lewis in a statement.

Nevertheless, he now has the impression that “it is the best step for the team to give a fresh breeze to the opener.I am therefore taking this step.Bill Lazor brings a wealth of experience, and I think he can move our offense as far as we need it.”

The Bengals have nine points in their first two games after the bankruptcy against Houston on Thursday evening, so few of them had no team since the rams in 2009 (seven points).The Bengals are also the first team since the Eagles in 1939 to start the season with two home games and remain without a touchdown in both.If Cincinnati remain without a touchdown in game three, the record set by the 1976 Tampa Bay Buccaneers would be broken.