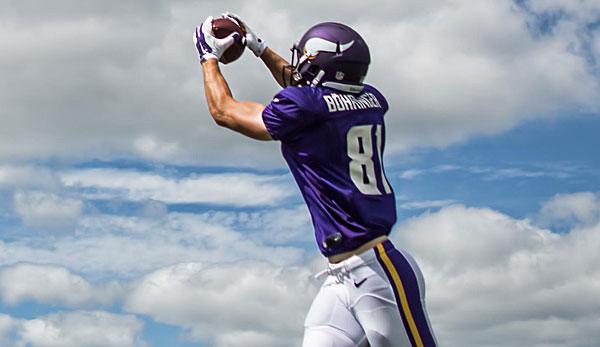 Moritz Böhringer has been given a new chance to jump into an NFL squad.On Monday, the German wide receiver trained with the Cincinnati Bengals and hopes for the nomination for the practice squad.Böhringer is currently without a team.

In addition to Böhringer, the Bengals also tested the quarterbacks Jerod Evans and Wes Lunt as well as Wide Receiver C. J.Board.This was reported by NFL network reporter Tom Pelissero.

In his second preseason at the Minnesota Vikings Böhringer did not recommend himself for further tasks and was not accepted into the practice squad as in the previous year.Currently Böhringer is a Free Agent and can be contracted by any team.

Böhringer had been pulled by the Vikings in the sixth round of the draft in 2016.However, the team dismissed him before the start of the season.Last winter he signed a futures contract in Minnesota before he was released again.