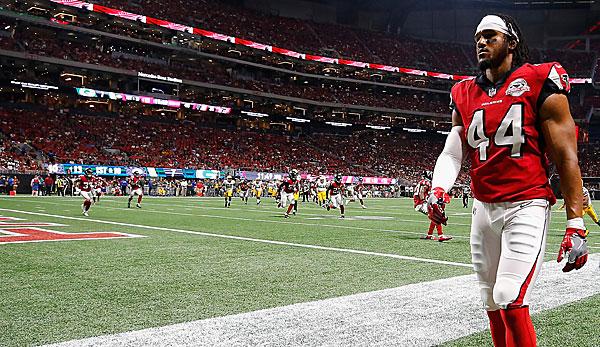 The Atlanta Falcons will have to give up linebacker Vic Beasley in the next few games.The 25-year-old suffered a thigh injury in the Sunday Night Game against the Green Bay Packers and is expected to be out of action for a month.

“We won’t have a window of opportunity here,”Falcons-head coach Dan Quinn said at a press conference on Monday,”He will definitely miss the next game and beyond that, we’ll have to see what happens next.”

Beasley was able to leave the field after his injury in a 34-23 win over the Packers, but his disappointment on the sidelines was obvious.According to Quinn Erstrundenpick Takkarist McKinley, the first successor is Takkarist McKinley, but there is also contact with Dwight Freeney regarding a return.

Beasley is the current leader in the sacks category.In the past season he collected 15.5.In the new season Beasley collected two sacks and two quarterback hits as well as a forced fumble.