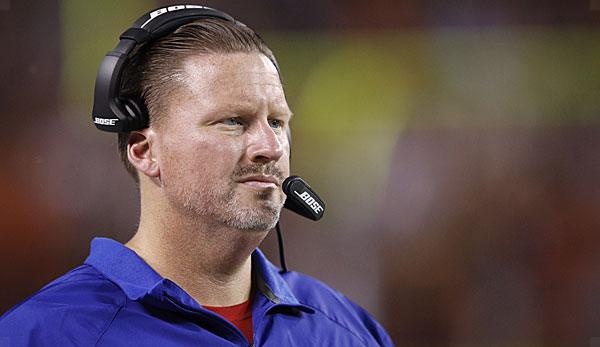 The house blessing at the New York Giants (0-2) seems to be lopsided after the second defeat of the season.In the press conference after the 10:24 bankruptcy against the Detroit Lions, head coach Ben McAdoo criticized Eli Manning for a costly punishment in the third quarter.

McAdoo called it “sloppy” a delay-of-game penalty that the Giants at the Lions 2 yard line picked up.”Quarterback and Center must be in agreement.We have to get the ball in here!”

Manning tried to change the play again, but when everyone was in position, the play clock had already expired.At that time, the Giants were only ten points behind.Finally, they finished the drive with a field goal.

When asked why he didn’t take a timeout himself, McAdoo replied,”Because we have a veteran quarterback who’s played a lot of football and I expect we’ll be snapping the ball”.