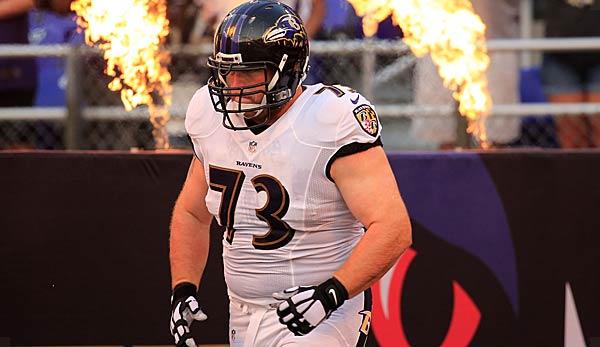 Job news for the Baltimore Ravens: Baltimore will have to give up Marshal Yanda for the rest of the season, the All-Pro-Guard injured his ankle while beating Cleveland.

This was confirmed by Head Coach John Harbaugh after his victory over Cleveland.According to Harbaugh, Yanda has broken her ankle for which Guard is the end of the season.

For the Ravens, it’s another bitter setback.After suffering numerous injuries before the season, Baltimore lost Running Back Danny Woodhead in Week 1 for several weeks.In a shaky line, Yanda was the fixed point and the undisputed best player – without him it would be hard for the Ravens to raise a constant run game.

Linebacker Terrell Suggs explained:”There is no word in English – or at least I can’t think of one – that describes what Marshal means to us.But our motto is: Next Man up.We’re gonna miss him, but we have to keep playing raven football.”