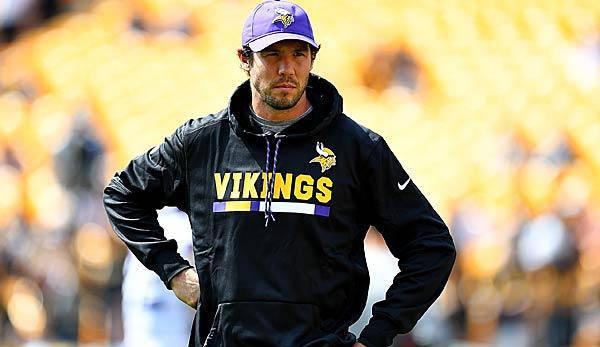 The Minnesota Vikings had to go up against the Pittsburgh Steelers without Sam Bradford – and the quarterback might be lost even longer.Head coach Mike Zimmer caused some confusion after the game.

Zimmer explained at the press conference after Bradford had missed the match against Pittsburgh on short notice:”Sam is doing well: He could play in the next game, maybe he will play again in six weeks.Either way, he’s fine” – a statement that leaves room for speculation.

Shortly before the weekend, Bradford had complained about “swelling, pain and discomfort” in his left knee, according to ESPN.It is the same knee that Bradford had to undergo surgery for cruciate ligament tears in 2013 and 2014.Before the game, it was quickly clear after a short warm-up that he could not play.

If the worst case occurs and it is indeed a long-term knee injury, Teddy Bridgewater may also return during the season.This would make the already explosive quarterback situation in Minnesota even more complex.