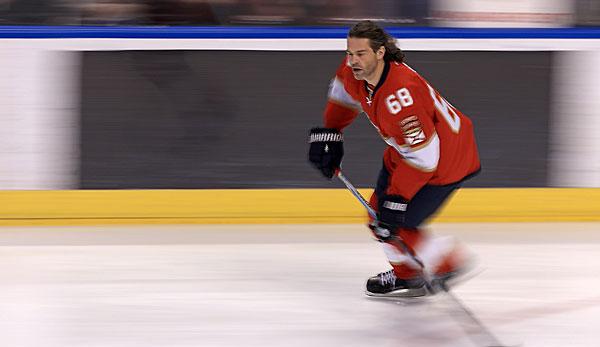 Old star Jaromir Jagr is worried about his future in the NHL.The 45-year-old Czech wants to play in North America for at least another year, but has no contract in his pocket.The search for a club is difficult.

“Every free agent gets calls from ten to twelve teams.No one calls me,”Jagr wrote on Twitter:”And vice versa: When I call, no one picks up.”

Jagr, as Olympic Champion, World Champion and NHL Champion in the so-called Triple Gold Club, posted a picture of himself from 1994, when he was also without a contract, and a recent photo.The striker wrote:”1994 – all the managers called, 2017 – nobody calls.”