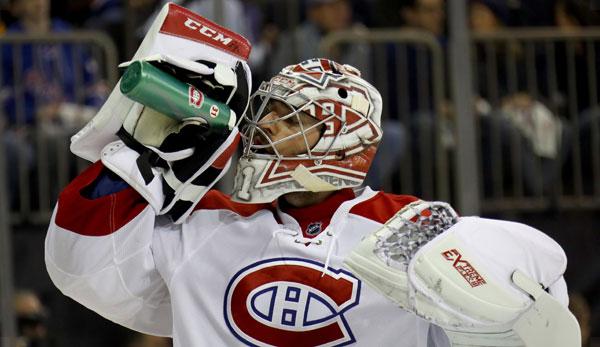 The Montréal Canadiens make Carey Price a top earner among the NHL goalkeepers.The record champion equipped the 29-year-old on Sunday with a new eight-year contract that, according to Canadian media reports, will bring in $10.5 million per year.

By way of comparison, the previous Croesus Henrik Lundqvist of the New York Rangers collects about 8.5 million.

In 2012, Price signed a contract by 2018 with an annual salary of $6.5 million.The 2014 Olympic champion is one of the NHL’s best goalkeepers every year, but the Canadians have also been waiting for the next Stanley Cup triumph with him in goal for more than 20 years.Your 24th.and so far last title won the Canadians 1993.

NHL: Capitals bind Kuznetsov until 2025
NHL: Call for help from old star NHL Jagr:”No one calls, no one answers”