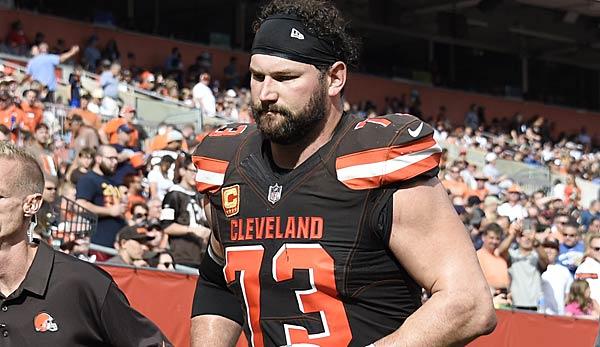 The term of office of the new quarterback Tyrod Taylor at the Cleveland Browns couldn’t have started much more difficultly: The long-standing Browns column and left tackle Joe Thomas resigns.

“This was an extremely difficult decision – but the right decision for me and my family,” Thomas said in a statement, adding:”Playing in the NFL has taken a toll on my body and I can no longer play physically on the level I have to play at.

For years Thomas, the number 3 overall pick in the 2007 draft, was a positive lighthouse in a Browns franchise that was otherwise in a state of constant upheaval and rebuilding. Thomas never made it to the playoffs in his NFL career, nor any further: Thomas didn’t start a season in the NFL with a record of 1-0.

Thomas’ last season ended prematurely due to a triceps injury. Previously, he had completed 10,363 consecutive snaps in over ten seasons without missing a single blow. An NFL record.

It is generally assumed that Thomas will now quickly take on a job in the media, after having already launched his own podcast in the past few weeks.