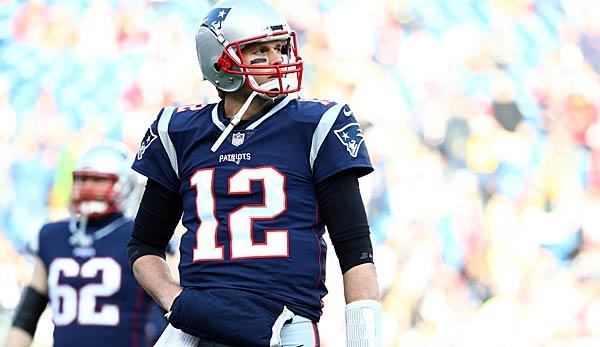 There were wild rumours around Tom Brady on Wednesday – the quarterback of the New England Patriots should suddenly also consider the end of his career. These reports have since been put into perspective, but Brady apparently wants a new treaty.

This is what NFL network insiders Ian Rapoport and Mike Garafolo are reporting in agreement. Brady should hope for a new deal before the start of the coming season, the 40-year-old is entering the penultimate year of his current contract. His cap hit in both 2018 and 2019 is $22 million.

Brady had stressed several times in the past years that he wants to play until mid 40s – Rapoport now reaffirmed that Brady will definitely play in 2018. Several sources would have confirmed that. He should also plan a passing camp with some other players before the start of the training camp.

ESPN insider Adam Schefter heated up the rumour mill on Wednesday. According to his information, Brady has not yet confirmed internally that he will also contest the coming season in New England. Even the end of his career is therefore still an option.

Two different sources have reported to Schefter that they assume that Brady will also contest the 2018 season in the Patriots jersey. But there is obviously no reliable statement from the quarterback yet, just like from tight end Rob Gronkowski. Gronk, for his part, has been flirting with the end of his career for weeks.

Similar to Gronkowski, Brady no longer agrees with the ultra-focused culture installed by Coach Belichick, which has little regard for fun or casual interaction – the reported NBC Boston reporter Tom Curran in a detailed report. As a result, Brady is leading an “open revolt” against head coach Bill Belichick.

Matching this, Tackle Nate Solder, Running Back Dion Lewis and Wide Receiver Danny Amendola – three Free Agents who left New England during this year’s Free Agency – argued that the Patriots environment was not easy for players. Gronkowski also fired up the rumour mill when he told his former team mate via social media during Amendola’s farewell: “Be free, be happy!”