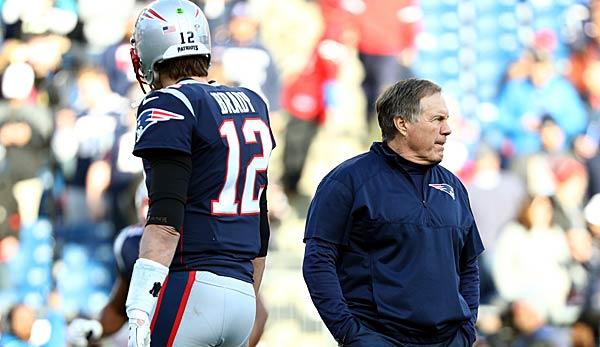 The New England Patriots may be facing a super-GAU: According to reports, quarterback Tom Brady has not yet decided whether he wants to play at all in 2018. This matches his unfamiliar absence at the start of the training.

Brady had been absent at the start of the off-season workouts at Foxboro at the beginning of the week, for the first time since 2010, and that was presumably only a forerunner: ESPN reporter Jeff Darlington announced on Monday that Brady will probably skip the entire voluntary off-season workouts.

Instead, he wants to spend more time with his family and his own coach Alex Guerrero. The first two weeks are all about strength and fitness, before more specific exercises begin – but still without contact.

ESPN insider Adam Schefter, however, improved again on Wednesday: According to his information, Brady has not yet confirmed internally that he will also contest the coming season in New England. The end of his career was therefore also still an option.

Two different sources have reported to Schefter that they would bet their money that Brady would also contest the 2018 season in the Patriots jersey. But there is obviously no reliable statement from the quarterback yet, just like from tight end Rob Gronkowski. Gronk, for his part, has been flirting with the end of his career for weeks.

NBC Boston reporter Tom Curran also caused a stir a few days ago when he reported that Brady was leading an “open revolt” against head coach Bill Belichick and no longer agreed with the ultra-focused culture installed by Belichick, which had little regard for fun or casual interaction – according to rumours the root of the problem with Gronkowski.

Tackle Nate Solder, Running Back Dion Lewis and Wide Receiver Danny Amendola – three Free Agents who left New England during this year’s Free Agency – also argued in this direction. Gronkowski also fired up the rumour mill when he told his former team mate via social media during Amendola’s farewell: “Be free, be happy!”

NBC BostonSolder quotes with the words: “It can be a tough environment. Everything is focused on business, sometimes it’s a cold environment. It’s all about performance, sometimes people treat you differently depending on how you train that day or how you answered a particular question in a meeting.”

Amendola added: “It is not easy. I didn’t like a lot of things. But I have to admit that these things all happened with the aim of making the team better. And I respected him. It wasn’t easy, and he would be the first to admit at the ring ceremony that it wasn’t easy to play for him. But the positive aspect is that there was a ring ceremony.”