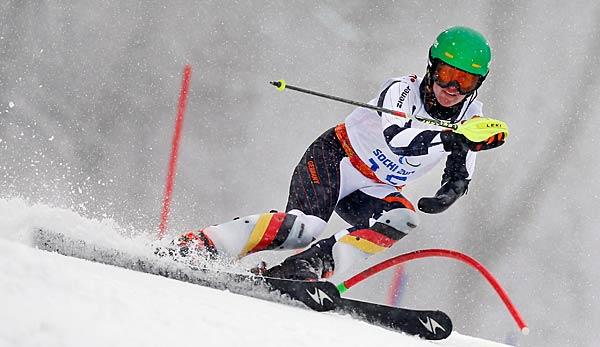 Andrea Rothfuss (Mittelal) won her fourth silver medal at the Paralympics in Pyeongchang. In the giant slalom, the 28-year-old again had to admit defeat in the standing class only to her big rival Marie Bochet from France. Rothfuss had already finished second in downhill, super-G and super-combination. For Bochet it was the third gold medal in South Korea.

On the other hand, Anna Schaffelhuber and Anna-Lena Forster, who were accustomed to success, came off surprisingly empty-handed in the victory of the Japanese Momoka Muraoka. Schaffelhuber (Bayerbach) and Forster (Radolfszell) only finished fifth and sixth in the seated class.

Anna-Marie Rieder from Garmisch-Partenkirchen won a remarkable sixth place in her Paralympics premiere in the standing class. Visually impaired Noemi Ristau (Marburg) narrowly missed the podium in her class and had to settle for fourth place.

In men, Georg Kreiter (Murnau), who was paralysed by a paraplegic, fell unhappy in the seated class in the giant slalom. The 33-year-old had to be taken to hospital, where an X-ray examination diagnosed a broken collarbone. His team mate Thomas Nolte (Brauschweig) on the other hand remained unharmed in a fall.

So far, the German skiers at the Jeongseon Alpine Centre have been extremely successful. In addition to the four medals from Rothfuss, Schaffelhuber won gold in downhill and Super-G as well as silver in the super combination. This one won Forster.