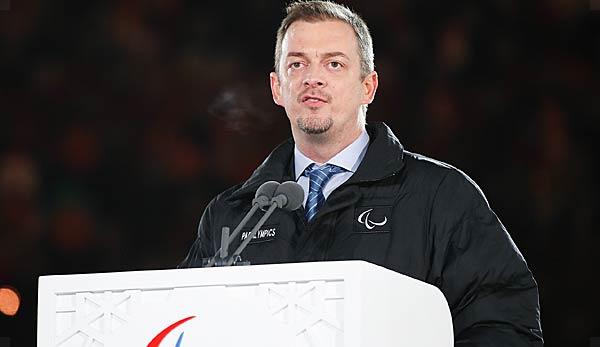 Andrew Parsons, President of the IPC, has ruled out an early suspension of the Russian RPC. The Brazilian, on the sidelines of the Paralympics in Pyeongchang, once again stressed to the news agency AFP that the RPC must first meet strict criteria.

The situation is very clear because we have agreed with the Russian Paralympic Committee on criteria for the resumption of drug use,”said the 41-year-old:” We cannot lift the suspension directly after the games, for example – they must first meet these criteria.

The IPC had suspended the RPC in August 2016 and linked the lifting of the ban to the complete resumption of the Russian anti-doping agency RUSADA by the World Anti-Doping Agency WADA and official recognition of the McLaren report, which certifies Russia’s institutionalized doping system. Neither has happened yet.

The International Olympic Committee (IOC), on the other hand, held a meeting on 28 October in Brussels. February, just three days after the end of the Winter Olympics in Pyeongchang, the suspension of the Russian Olympic Committee ROC despite two Russian doping cases during the Games rescinded.

At the Paralympics in South Korea, the IPC had invited 30 individually reviewed athletes from Russia as “Neutral Paralympic Athletes”:”We can say with some degree of confidence that these 30 athletes are clean,”Parsons said. So far, there have been no positive doping tests at the Paralympics.