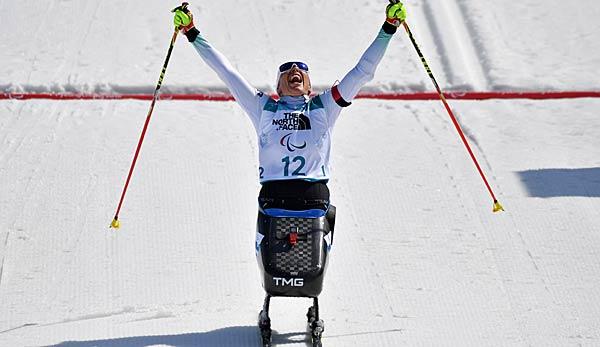 Andrea Eskau and Martin Fleig won gold for the DBS in the biathlon at the Paralympics in Pyeongchang. 46-year-old Eskau from USC Magdeburg triumphed in the seated class on Friday over 12.5 km with an 18.8-second lead over the American Oksana Masters. Eskau made no shooting mistakes.

Fleig also won over 15 km in the seated class after a flawless performance with 45.5 seconds ahead of the American Daniel Cnossen. For the 28-year-old from Freiburg, it was the first Paralympics medal ever. Visually impaired Clara Klug (Munich) also won her second bronze medal over 12.5 km in the victory of the controversial Russian Miachlina Lysova, who starts as a neutral Paralympic athlete. The 23-year-old had already finished third over 10 km.

After gold in the 10 km biathlon, silver in cross-country skiing over 12.5 km and the fourth medal in sprint in South Korea, it was the 13th time that Eskau had won this title. at the Paralympics in her successful career. The paraplegic athlete, who collects the handbike title in summer, has won eight gold medals so far, four of them in winter.

So far, the German team has won 15 medals, six of them in gold. Seven silver medals and two bronze medals are also awarded.

For the men in the German team it was the first medal in over eight years. In 2010 in Vancouver Gerd Schönfelder won the last men’s medal for the German disabled athletes. In Sochi 2014, all 15 medals were won by women. Also in Pyeongchang there had been 13 times precious metal by the female gender, before Fleig broke the spell.