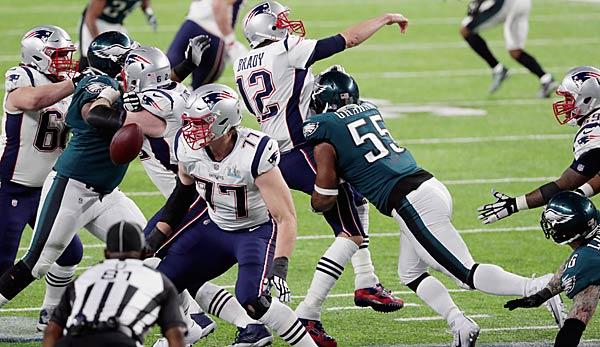 The next stage on the way to the coming season has been taken! Late Wednesday evening, German time, the NFL announced the 2018 Preseason schedule, including the Super Bowl Rematch between the Philadelphia Eagles and the New England Patriots.

Since mid-February it was already clear that the Hall of Fame Game – which traditionally opens the Preseason – would take place on August 2nd; and also who denies this: The Baltimore Ravens meet the Chicago Bears in Canton, Ohio.

On the weekend of August 2-5, the newly elected Hall of Famer will be ceremonially inducted into the Hall of Fame. This year they are Ray Lewis, Randy Moss, Brian Dawkins, Brian Urlacher, Terrell Owens, Bobby Beathard, Robert Brazile and Jerry Kramer.

With Urlacher (Bears) and Lewis (Ravens), both teams are also prominently represented at this year’s Hall of Fame ceremony. The Hall of Fame Game was held for the first time in 1962. Last season, the Dallas Cowboys beat Arizona Cardinals in Canton 20-18, and the teams taking part in the Hall of Fame Game have five preseason games instead of the usual four.

It is expected that the Regular Season schedule will be published in April, presumably within about two weeks after the preseason plan.

The opponents for 2018 for each franchise have already been determined. However, the exact timing is still open, including all primetime games.

NFL: Giants: Beckham-Trade must be off the table
NFL: Overview: Mock Drafts 2018