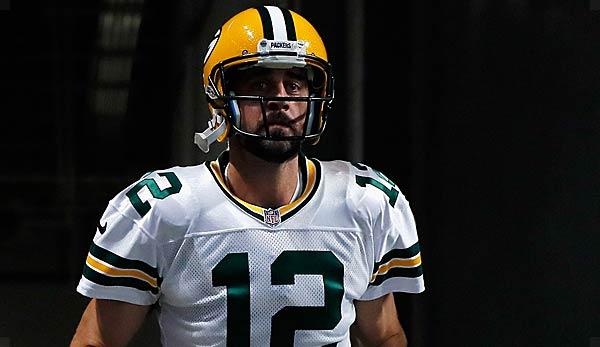 The contract talks between the Green Bay Packers and Aaron Rodgers cast their shadows ahead. The Packers had made some serious decisions over the past weeks and months – Rodgers seems to disagree.

This is reported by Yahoo reporter Charles Robinson. Accordingly, two different sources had confirmed to him that Rodgers was “frustrated” and “emotional”, as he did not like the Packers leadership’s lack of communication during the current off-season.

This concerns two decisions in particular: Green Bay fired receiver Jordy Nelson – one of Rodger’s closest friends on the team – for financial reasons and also split with quarterback coach Alex van Pelt. Robinson reports that Rodgers was in neither case involved in the discussion in any way by the team. He still seems to be worried about it.

Regarding the dismissal of van Pelt, Rodgers had already made a direct statement in February. “My quarterback coach wasn’t stopped,” Rodgers told ESPN Radio’s Golic and Wingo. “I find this decision very interesting. Especially since they didn’t talk to me about it.”

Rodgers, whose contract runs until 2019: “There is a close connection between the quarterback and the quarterbacks coach. It was really an interesting decision.”

During the contract negotiations that are now beginning, Rodgers should keep these events in mind – ESPN insider Adam Schefter had already reported at the end of March that the talks would become “complicated” and Rodgers Green Bay would probably not meet Rodgers’ financial requirements.

A good sign from Packers’ point of view, however, is the fact that Rodgers has arrived in Wisconsin for the training start and will not be absent from the team for the time being. On the other hand, the 34-year-old also has a workout bonus of 500,000 dollars in his contract.

On the fringes of the training start in Green Bay, Rodgers himself explained that he would “professionally” deal with the situation and the contractual talks: “Of course we want to get things done sooner or later. The team has publicly confirmed this and I have already said several times that I want to end my career here. There is more than mutual interest.”

NFL: Thomas not at the training start of the Seahawks
NFL: Broncos dismissed C.J. Anderson