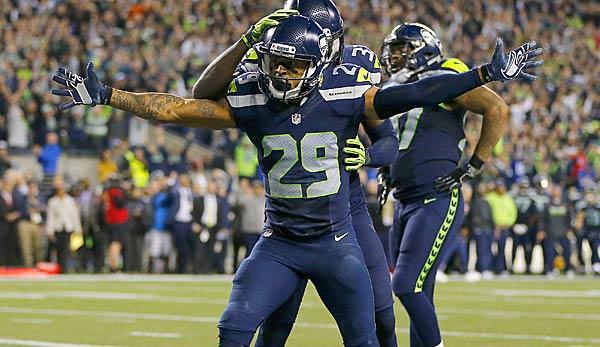 The hot phase of the Free Agency is long over, but the future of Earl Thomas with the Seattle Seahawks remains an issue. Trade rumors around the safety are persistent, Thomas himself continues to fuel the rumour mill.

The safety did not arrive in Seattle for the start of the off-season workouts on Tuesday. Thomas had already missed the voluntary part of the offseason program several times in the past years.

As he enters the final year of his contract in 2018, and Seattle reports that he is at least dealing with trade requests, there may be other reasons for this.

However, according to the Fort Worth Star telegram, Seattle will demand a first- and third-round draft pick for Thomas, not a small price. NFL network insider Ian Rapoport also announced in March that the Seahawks are firmly planning with Thomas for the coming season.

On the sidelines of an NFL media event in Ireland, however, Thomas recently stated at NFL UK Live, looking to his future in Seattle: “I hope I’ll stay. But right now, nobody knows. It’s a guessing game. We’ll see what happens.”

The 28-year-old himself had already started the trade rumours at the end of the last Regular Season. “I’ve always been a cowboy fan,” Thomas said after the 21-12 win over Dallas. Immediately before, he had caused a stir when he told Dallas coach Jason Garrett in the catacombs of AT&T Stadium: “If you get the chance, get me.”

Later he relativized his statement to the effect that he would like to play for the cowboys at some point – when Seattle no longer plans to play with him.