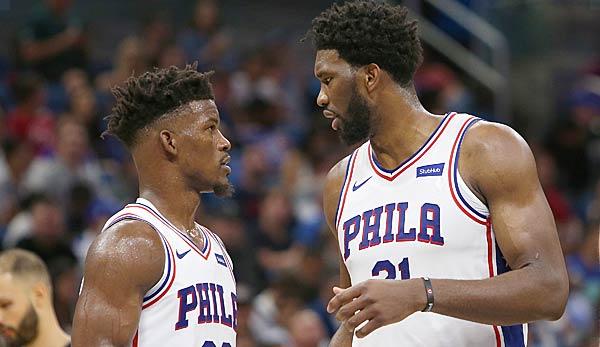 Joel Embiid of the Philadelphia 76ers is unhappy with his new role as Spacer and Strech Five with Philly after the trade of Jimmy Butler.

The Star Center would much rather act more into the zone and play out its physical advantages there, but instead it has to lurk a lot at the perimeter and provide for spacing. “Over the past few games, our playing style has been such that Brown has always let me start at the perimeter…and that really frustrates me. My body feels good, but I just didn’t play well,” he continued.

It gives the impression that Embiid is not yet able to cope with Butler’s way of playing, who, like the Cameroonian, likes to take the ball to the basket. Since the Trade, Embiid has had a 43.1 percent field casting quota and contributed an average of 23.8 points in the eleven games. In the 15 games prior to the trade, the Center played MVP numbers and scored 48 percent of its throws for an average of 28.2 points per game.

“Embiid was annoyed about his throwing rate. “I’m often defended by three people at a time. I had a run in the offensive that I don’t have anymore,” he added, stressing that he and Butler still had to work on their interplay.

NBA: Paul Millsap drops out with broken toe
NFL: Week 14: Must-win games as far as the eye can see